Love the One You're With

On the way to the first physical therapy appointment designed to deal with my unhappy back, glutes and upper hamstrings this morning, I heard the song that's the title of this post. It didn't occur to me that the one I'm "with" for the next six to eight weeks won't be these: 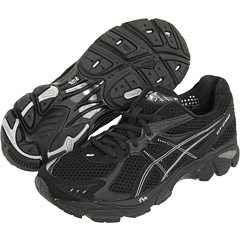 Nope, instead I'm looking at all this all the time: 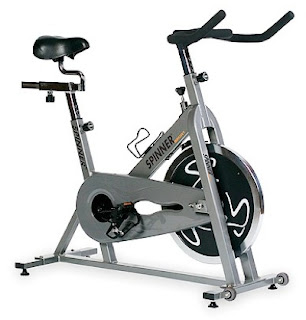 Yes, it's true. I got the prescription all of us dread: no running. Also no elliptical, no rowing machine, no stair machine, no swimming, no lower-body weight training. Only biking is allowed (but no standing on the bike).

I have sacro-iliac joint instability. According to a good explanation I found online, "under ideal conditions the sacrum is positioned somewhat diagonally between the pelvic bones. With this relationship in place there is maximum stability. With a swayback posture (hyperlordosis) the sacrum tilts downward and forward and becomes more horizontal. The ligaments...are stretched and the sacroiliac joints become unstable and the self-locking mechanism is impaired. The ligaments undergo further stretching, firing the pain receptors. Alternatively, the unstable sacroiliac joints may become locked in an abnormal alignment, maintained that way by resultant muscle spasm producing pain."


The pain described is exactly what I've experienced, on and off, for five years now: "Sometimes the pain goes into my butt and the back of my thigh, but never past my knee.....The pain may involve either or both sides, radiate into either or both legs, usually not past the knee, at the same or different times."

In my case, says Cathy, physical therapist and my new best friend/taskmaster, it goes back to my twin pregnancy--the ultimate time of "swayback posture" for me--and an incomplete period of recovery after it. As you all know, I've mostly ignored my pain because I thought it was just weakness in my core, and that if I could get my stomach muscles back to where they were pre-pregnancy, the back pain would vanish. It was frustrating that core work seemed to make it worse rather than better, but hey! I was running, and the running was going OK, so I just lived with it.

For some reason, it makes me feel better to know that it's not a running injury, that it has nothing to do with bad form or my shoes or how my foot strikes the ground.

But regardless it's not something that I can run through. Running, Cathy tells me, isn't going to help the irritated joint stabilize. Nor can the problem be solved by a cortisone shot or PT exercises. I will probably still have some dry needling done (at next week's appointment) and I will be getting some of that coveted insurance-sponsored massage.

The main tool for this week is this:
During all of my waking hours (and my sleeping ones, too, if I can stand it), I have to wear this little item. I'm wearing it as I type. I'm not going to lie: as soon as Cathy put it on me, my lower half felt about ten pounds lighter. The hamstring pain went away entirely, and the glute and back pain, while not gone, feel much better. It actually takes me back to pregnancy, when I purchased one of those belly support bands and could suddenly walk again without pain.

This isn't to say I felt completely happy when I walked out of the clinic. In fact, I had a good messy bawling session in the car, decided to go to spin class right then and, when I got to the gym where I thought the class was happening and found out it wasn't, broke down crying again at the front desk. I managed to put on my big girl pants and get on the bike for 40 minutes on my own (the equivalent of the 40-minute recovery run I would have been doing today).

Afterwards, feeling sweaty and therefore much better, I apologized to Matt, the guy at the front desk, for breaking down in front of him. Matt is one of those chiseled Boulder types, a coach, triathlete and runner who spends his summers in Kona. He told me he totally understood, that he was sidelined recently himself for a couple of weeks with a freak back injury and had his own breakdown the weekend that happened.

While on the bike getting sweaty, I had decided that my plan for this period of being sidelined will be to stick as close as possible to the workouts in my running plan--but do them on the bike. So, for example, this weekend's 90-minute progression run (first third easy pace, second third medium pace, third third medium-hard) I'll mimic on the bike in both duration and intensity.

I shared this idea with Matt. He said it sounded good. He said the key thing about running is the superior aerobic fitness it builds. "That will be the hardest thing to get back," he said, "so do whatever you can on the bike to get your heart rate into the zone where it's working as close to as hard as it does when you're running. When you come back to running, your legs will feel weak--that muscle strength comes back fast. But the aerobic fitness can take a really long time once you start running again if you don't work hard on it."

This makes total sense to me. So I'm going to dig out my old Polar heart rate strip and wear it on the bike, and work to keep the heart rate above 115-120 (Matt said that's where the benefit will arise, that you don't gain that much more by pushing it higher). I'm also going to stay indoors for this. Biking outside is more fun, but I can't afford any "coasting downhill." Staying inside will assure I'm working hard the whole time I'm at it.

Which brings me to my other issue with the stationary bike: boredom. A 40-minute run outside? Paradise. Too short. But the 40 minutes on the bike today felt like it would never end. So I'm going to do as much of it as possible in spin classes. For the first time, I'm glad that the longest runs planned for the next few weeks never topped two hours.

So, yeah. Add me to the DL list. The half-marathon on April 15 isn't likely to happen.

A good attitude will be really important. I'm cultivating that in two ways. One, by trying to see this six- to eight-week period from the perspective of my 65-year-old self, who of course will be fit and running races and doing all this with a nice, steady sacro-iliac joint. It's best for the long term.

The second attitude adjustment is this: On the drive out from the clinic, I saw a guy running in a Boston Marathon shirt. Cathy agrees with my doctor that fixing this will make me faster. Solid back=solid running. That's what I'm hanging on to.
Posted by Terzah at 1:54 PM